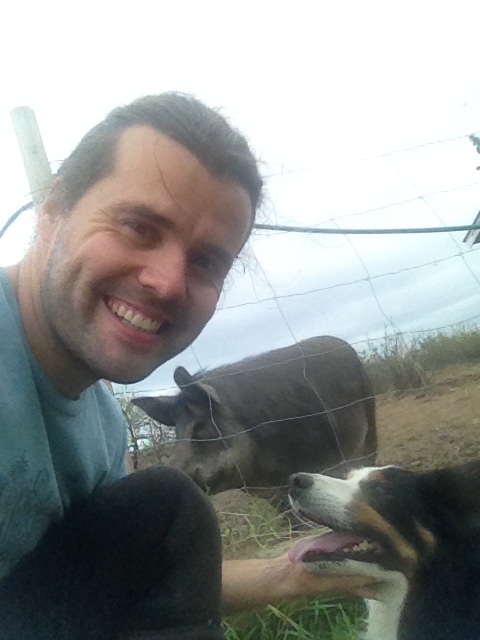 What do Grey Wolves, African Wild Dogs, Spotted Hyenas, Lungless Spiders and Homo Sapiens have in common? According to Wikipedia we all evolved through a technique of hunting faster prey to a point of exhaustion leaving us standing over our withered and bewildered quarry before delivering the coup de grâce. This method of hunting is known as Persistence Hunting and has been a topic of conversation in running circles since the publication of Christopher McDougall’s Born to Run in 2009.
The basic principle is simple enough; a cheetah may be faster than a man over a short distance but if compelled to run away from a predator for extended periods of time without rest or water, the cheetah becomes exhausted – and easier to catch and kill. Thus the theory of how man was born to run. It’s instinctive and our hairless (or near hairless) bodies combined with our efficient method of using sweat for thermoregulation give us an immense advantage over nearly all land animals.
Why am I telling you this?
Well, as mentioned previously I do, on occasion, help out on an organic farm in Sotkamo in Finland where much of my day is spent tending to basic husbandry. Today it was primarily shearing sheep and helping a little black lamb unstick its head from a wire mesh fence but other characters in this play include two Border Collies, a herd of cattle, a multitude of wandering chicken and seven mischievous pigs.
Now, as anyone who has ever tended pigs will tell you, pigs have character. They are inquisitive and clever…and very gamesome. This usually plays out with esurient oinks as I approach with a bucket full of rye seeds or the farcical spilling of the water trough as soon as I have filled it. Occasionally however, the little piggies love to reenact their favourite movies such as The Birdman of Alcatraz or The Great Escape and reduce much of my work day (or free evenings) to a slow motion Benny Hill skit. Queue Yakety Sax and off we go.
Today’s game was different however. Usually the farm has more hands on deck to reduce the amount of running required for the corral but my little adversaries chose their breakout when I was alone, so I was left to round up the porcine fugitives with only my trusted sidekick Joeppe (one of the Border Collies) to assist.
Two of the culprits quickly dashed for the buxom of their enclosure when they saw me bearing down on them but another dashed out to the strawberry beds. What followed was ten minutes of me chasing the pig back towards the pig pen only for an overexcited Joeppe to turn the hog away again.
I quickly grew tired of the game and felt another strategy was called for – but what to do? It was at this moment that I remembered Christopher McDougall’s book and the concept of the persistence hunter. I grabbed an old yard brush (my own tribal spear, may as well look the part) and began to run at a leisurely enough pace after the animal. Needless to say it saw me coming, dashed off at full tilt only to have me quickly on it’s tail before it had time to catch it’s breath. A gentle jab at it’s derrière with my tribal spear and off it would dash again with me following once more, Joeppe in tow. This went on for the better part of 45 minutes in a general circle around the tool shed until the hog began to wilt. Much as I hoped it turned tail for the pig enclosure and all I had to do was pick up the pace, overtake, and open the gate. The animal jogged in and slumped down in a puddle. Defeated. For my part I wandered the fence to find the breach and close it up asap. I too was a bit deflated but simultaneously exhilarated. It worked. I outran a faster animal using time and distance to my advantage. The recent hours of long runs on country roads certainly made the affair easier and I inadvertently got a workout in today after all.
So, there you have it, whenever anyone asks me why I run or rather why I run so far or for so long, I will proudly tell them this story. I found a very practical use for endurance running down on the farm.